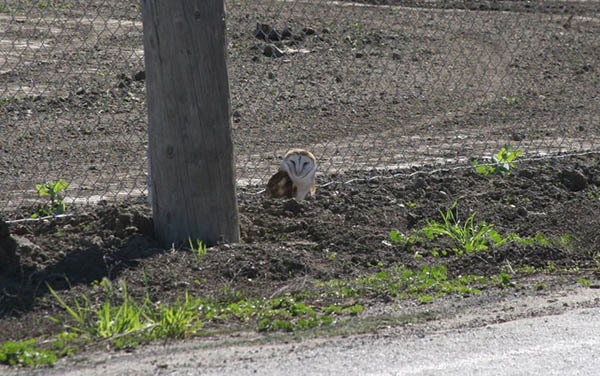 This morning, I was forwarded a call regarding a downed owl near San Juan Bautista. The RP, Marilyn, had seen the owl on the side of the road, and stopped.

She made several calls to find help and reached Hollister Animal Shelter. They, in turn, called WES for assistance. I was on scene within 15 minutes.

When I arrived, I saw the owl at the base of a tall chain link fence. It was standing on the dirt shoulder, leaning forward, with its head down. It looked weak. 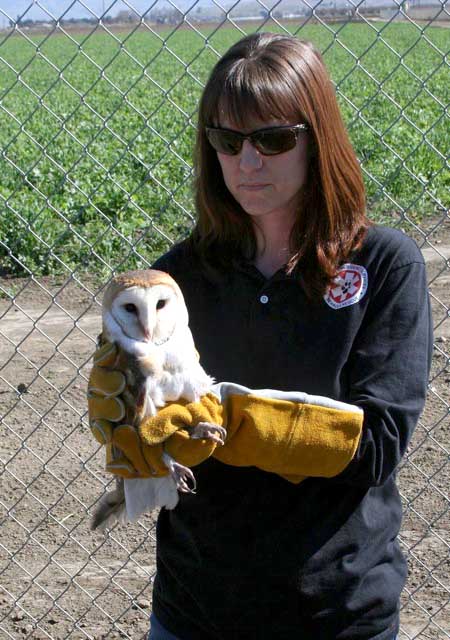 Based on its body language, I thought maybe I could walk right over and pick it up, but I’ve learned to be more cautious.

I parked a few yards away and greeted Marilyn. I asked her about the bird’s behavior – had she noticed if it was spooked by the passing cars. She said it hadn't been. Several vehicles, including a large, noisy 18-wheeler had blown past without it moving.

With this information, I planned to use my vehicle as a blind, which would give me a better chance at capturing it than just walking up to it in the open.

I assembled my long –handled net and slid it into the back of my vehicle leaving the hatch open. Then I positioned my vehicle directly in front of the owl.

I quietly grabbed my net and walked around the side of my vehicle and peeked through the glass to confirm the owl’s position.

Then I quickly came around the front and darted towards the owl, setting the hoop of the net over it. It made a few feeble attempts to hop away but nothing more.


We usually do a cursory exam of an animal while processing it from the net and placing it in a carrier for transport. A quick visual and a feel. I could tell by it's weight that this barn owl was thin, but its wings seemed okay, and its legs and talons appeared normal.

I drove the bird half way to San Jose where a new WES First Responder, Andrew, met me to share the drive to the Wildlife Center of Silicon Valley. There it would be evaluated and treated. 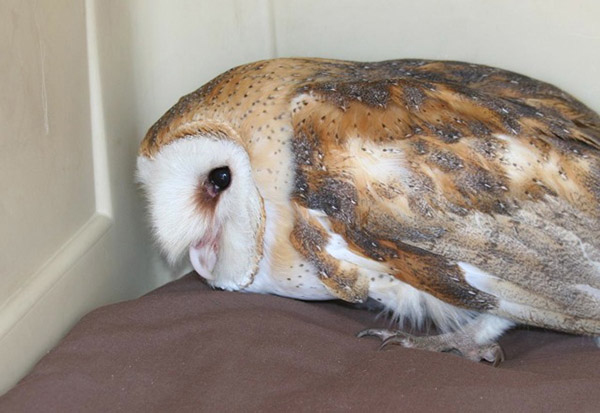