One week ago, Rick Neubauer was enjoying his usual walk along the shoreline of the Indian Creek Reservoir in Woodfords when he spotted an American white pelican in the water and in distress. It appeared to be dragging something.

In his quest for help, he made contact with International Bird Rescue (IBR) in Fairfield, and through IBR he was put in touch with WES.

WES' founder Rebecca Dmytryk asked Rick to send images of the bird and its surroundings to help in planning a rescue.


When Rick went back the next day to locate the injured pelican, he was informed of a second white pelican in trouble - this one had heavy line coming out of its mouth. Apparently, he'd swallowed a fishing stringer - it's a line with multiple loops used to hold a fisherman's catch.

Rick documented both pelicans and sent the images to Rebecca.

Rebecca posted a notice about the pelicans online, hoping to get a local wildlife rescue organization to respond... and they did, indeed.

Jolena Hearn, a volunteer with the Lake Tahoe Wildlife Center (LTWC) heard about the pelican and started looking for helping hands.

She contacted friend and coworker Toogee Sielsch to ask about borrowing his kayak and he immediately volunteered to help. His friend, Dwayne, also stepped up. Jo then contacted her friends Bob and Jenny Sweatt, and they instantly jumped at the chance. In less than an hour Jo had assembled a pelican rescue team!!!


The following day, Friday, the team assembled at the wildlife center and loaded the truck with the necessary gear and then headed to the reservoir.

When they arrived, the wind was blowing hard, which can make a kayaks hard to control, but they decided to give it a try. 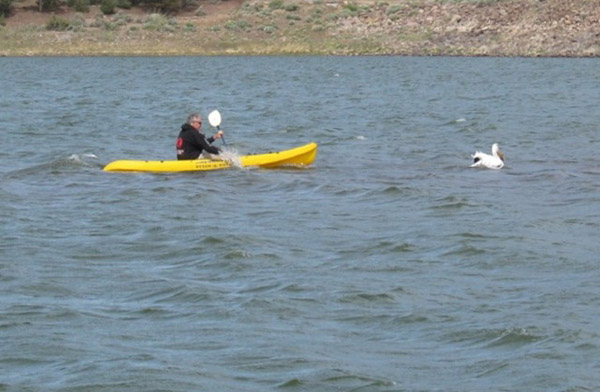 Toogee, Dwayne, Bob and Jenny started herding the pelican, pushing it to shore. After a few attempts, the bird finally walked onto land where Jo was waiting with a large net. 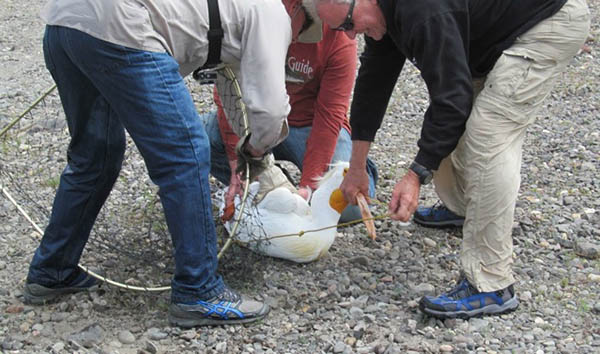 The pelican was taken back to the wildlife center where it was treated to remove the stringer.

Today, the white pelican was released back at the reservoir.

Shelly Blair, local biologist with the Department of Fish and Wildlife was on hand and had this to say about the rescue:

Our Department, CDFW, has very limited resources to address injured and abandon wildlife calls.  If it weren’t for these caring, devoted volunteers, many of these incidents would never be addressed and animals would suffer those consequences.  It is always a privilege to partner with these groups and even more rewarding when the situation ends successfully.

Also today, the pelican that Rick had originally called about was spotted on the reservoir and was successfully captured. Unfortunately, its injuries were too severe and it was euthanized.

A huge THANK YOU! to everyone who
helped rescue these majestic birds!

Especially to Rick, for going out of his way to find help and assist with the rescues!

Just a reminder that cats have a deleterious impact on native wildlife and to protect nature around your home and neighborhood, cats must be kept confined to the indoors or outdoor enclosure, like a "catio".

Here is just another wild bird that ultimately lost its life to a free-roaming pet cat. 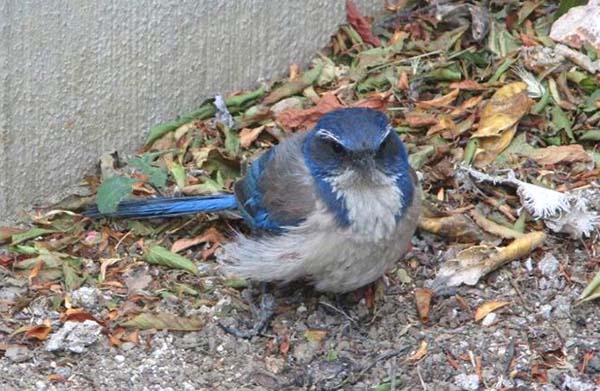 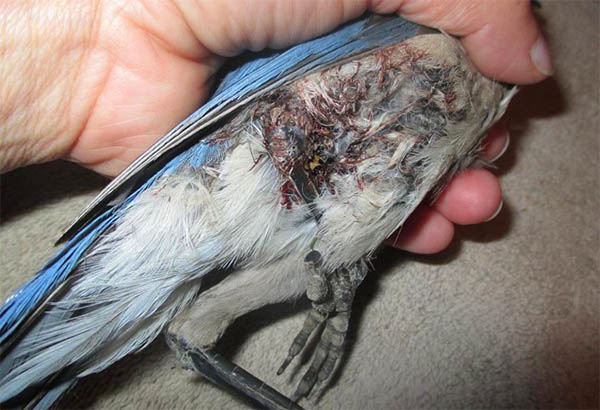 Second chance for a turkey

On May 1st, Sheldon and Aida Hicks called WES to report a wild turkey with an arrow through it, traveling in a rafter, or group of turkeys, on their property in Felton. It was first spotted by neighbors about a week before.

A month earlier, another "skewered" turkey was reported to WES. This one was seen off Redwood Lodge Road, some distance away. A month prior to that, on April 1st, there'd been another sighting of a turkey with an arrow through it.

WES' founder, Rebecca Dmytryk, took the Hick's call and discussed the possibilities for capture, explaining how a large cage can be used to entrap the target animal.

Sheldon was up for the task. In no time, he'd constructed a large cage out of heavy-gauge fencing material, and left both ends open. As instructed, he placed a handful of grain to entice the animal inside.

It wasn't long before Sheldon called back to say the injured turkey was inside the enclosure eating the grain.

Plans were made to attempt a capture in the next few days, but then the turkey disappeared. It wasn't seen for days.

Then, almost a week later, it returned, and Sheldon was ready.

The pen was now enclosed on both ends with an attached door that could be trigger closed from afar.

When the turkey was inside, Sheldon pulled it shut, trapping the injured animal.

Rebecca and volunteer First Responder, Maureen, collected the turkey and were able to remove the arrow on-scene. It was then transported to the Wildlife Center of Silicon Valley for treatment. 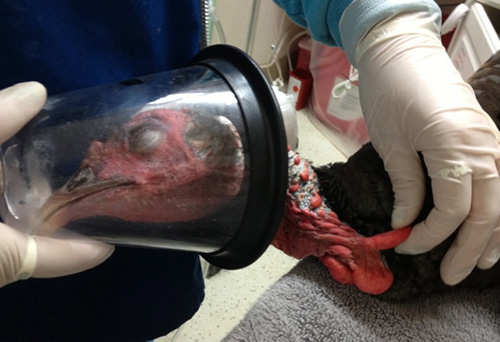 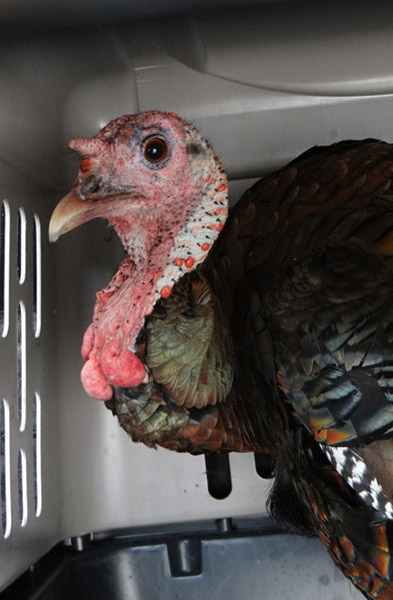 The bird was given the rest of the day to recuperate from the stress of capture and transport.

The next day it was anesthetized and evaluated for its injuries.

Medical staff found the bird was in excellent shape, considering, and results from blood work revealed no signs of infection.

It was ready to be returned to the wild!

Before release, WES used a livestock marker to color a spot on the bird's right leg to be able to identify the individual over the next few weeks. The waxy color wears off quickly.

Check out the great video.


A huge THANK YOU! to the Hicks family for helping capture the turkey and to the Wildlife Center of Silicon Valley for providing prompt and expert medical care. 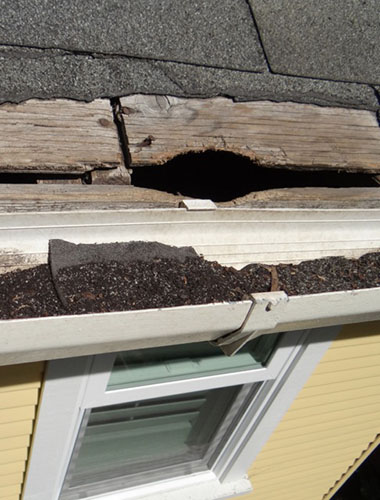 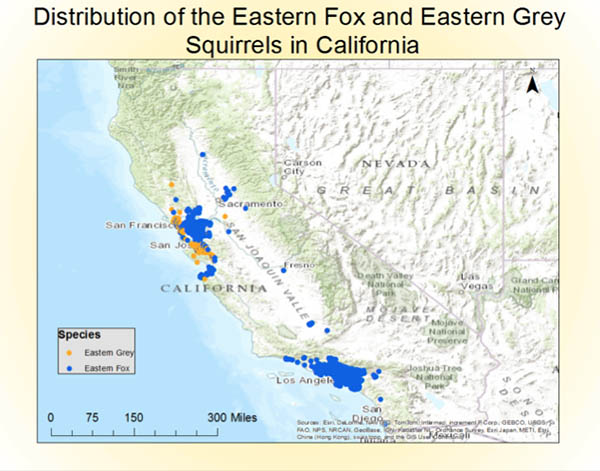