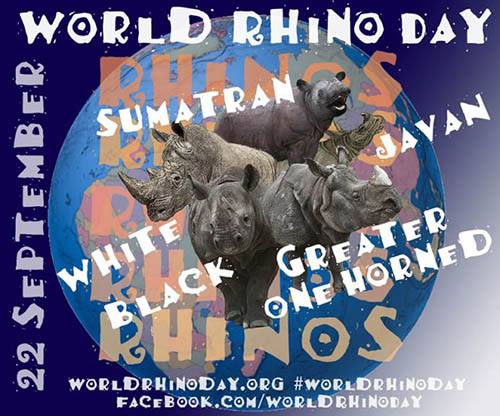 Check out the events going on around the globe, HERE.

Let's not forget "Rhino Man", Michael Werikhe. He wasn't a biologist or researcher - he was an ordinary citizen who knew he had to do something - anything, to help save the rhino, so he started walking. In his life he would walk thousands of miles across four continents.

In August, 199, Michael was killed in a mugging when leaving his home for work.

Remember the power of one.