It's that time of year again - fawns have arrived! Interestingly, scientists now have a space-based way to track deer populations - check it out, HERE.

If you find a fawn in a relatively safe location and it does not appear to be injured, the best thing to do is leave it alone but note the location and report it to your local wildlife rehabilitator.

Does will leave their newborn fawns hidden for most of the day, so it's not unusual to find one lying in tall grass with no other deer in sight.

Don't mistake a fawn's resistance to move for illness or injury - this is their best defense against a predator (like you).

This video (below) shows this sort of behavior. It also shows how protective and dangerous a mother deer can be. A reminder, too, to keep cats indoors to protect wildlife and to always leash your dog. 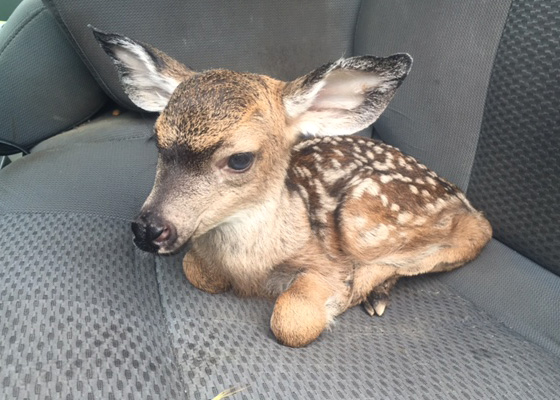 This morning, we were forwarded a call from our local shelter about a fawn. Jon Silva was working on the Buena Vista Landfill property when he noticed a lone doe, out in the open, and at a peculiar time, he thought.

Reacting to his presence, the doe moved off the spot and crossed the street. Jon went to investigate.

There, in a cement-lined channel, he found a fawn. Although it was relatively shallow, the fawn was having a difficult time getting out of its predicament.

Jon carefully lifted the fawn to safety and called for help. 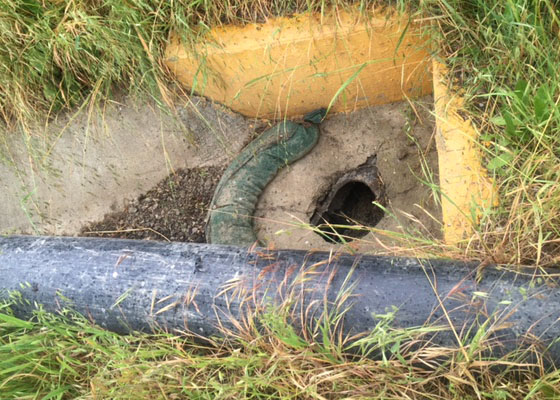 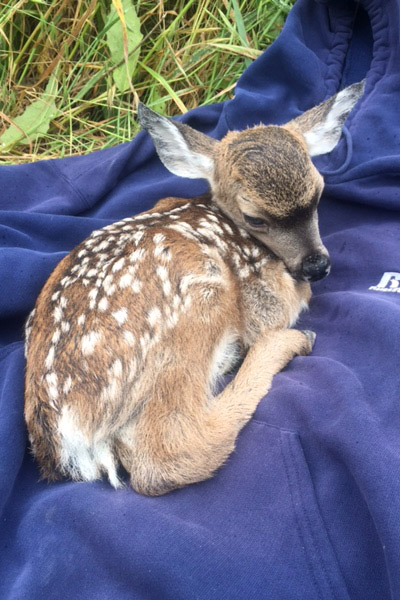 In the meantime, it had started to drizzle so he covered the fawn with a shirt to keep it warm while waiting to hear back on what to do next.

It wasn't long before we connected with Jon and advised him to put the baby in tall grass near where the mother had left it. The doe will return later to retrieve her baby. 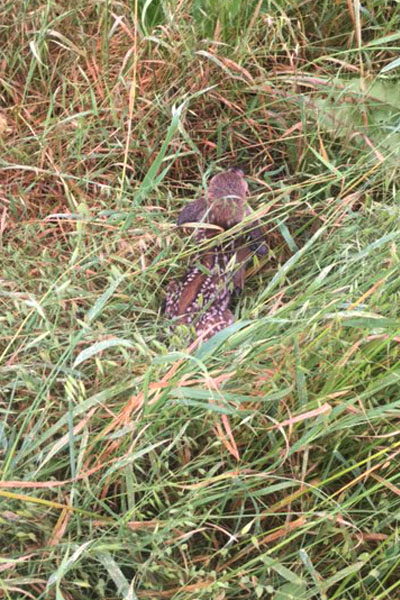 Thank you, Jon, for rescuing the fawn!!