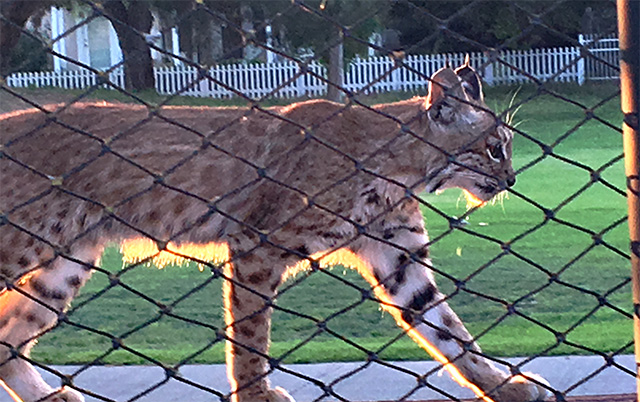 For about 6 weeks, our San Benito County branch has been receiving calls about a bobcat wandering through yards in the quiet community of Ridgemark. Deanna Barth, who heads up the wildlife rescue efforts in Hollister, said the reports started coming on June 25th.
Reports ranged from mere observations to stories of it drinking water from someone's pool. These sightings didn’t seem out of the ordinary. Deanna responded by educating the reporting parties on methods of hazing to scare the wild cat off - which works on truly wild animals. But, then the reports started to get a little peculiar.
One person reported the cat entered their home through an open sliding glass door while they were showering. They were understandably surprised to see it sitting in their bedroom. Another party described it following them and at one point “leg-rubbing”, as cats will do - but not wild bobcats.
Once we received reports of the bobcat acting as if it were imprinted or tame, we organized a capture effort. It was as much for the cat’s safety as it was for the residents. Most of the reporting parties were unsettled by their encounter with the feline - it was only a matter of time before something bad happened.
Last night Deanna Barth headed up rescue efforts. She was joined by the groups founder, Rebecca Dmytryk.
After canvassing the area off Sonny's Lane, where the cat was most often encountered, they walked the south service road.

Just after sunset, they spotted the bobcat in the adjacent field, peeking out of the tall grass. 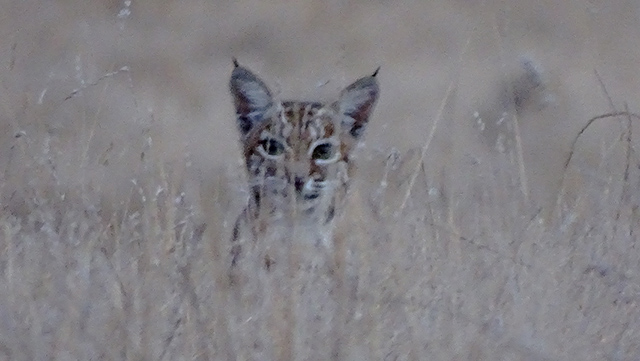 Then they did something these wildlife capture experts never do when pursuing injured or ill bobcats - they started calling “Kitty, kitty, kitty!”.
Sure enough, the bobcat responded. Deanna instinctively walked away, leading it into one of the open backyards it frequented.
The cat bounded into the yard, and then out the side yard to the street where the rescue vehicle was parked.
Dmytryk was there with options of treats to test the cat - to see what they might use to lure it into a carrier. 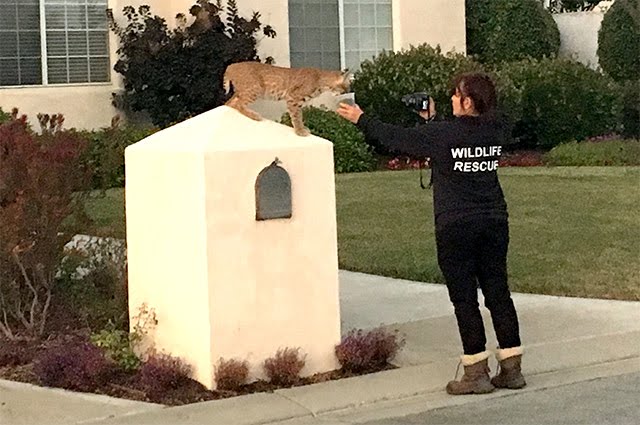 The cat responded by approaching and sniffing the offerings, but quickly became disinterested. It walked off toward the golf course. Deanna trailed it.
Finally, on a walking path, Deanna used a cat toy on a string to get the cat's attention focused while Dmytryk stood in wait with a large hoop net. The capture and containment went smoothly. 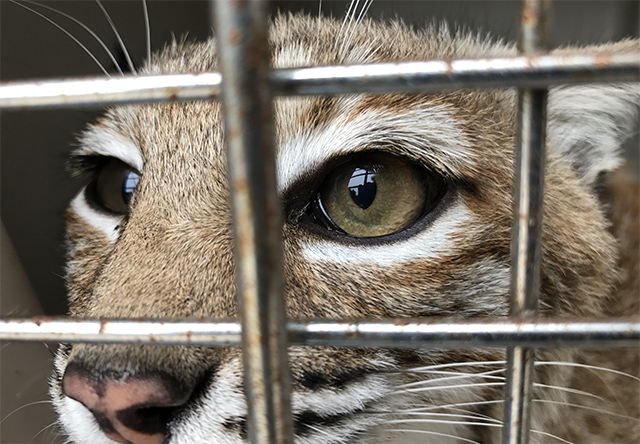 The cat will be observed for a few days while possible permanent placement in a sanctuary is found. While it appears to be a bobcat, there are some features - the eyes and coat that aren't quite right. WES will be looking into a DNA test.
In the meantime, the group is seeking information on the cat’s history, when and where it was first observed by residents. They are hoping to find where it came from. Anyone with information or who had an encounter with the email the detail to admin@wildlifeservices.org. 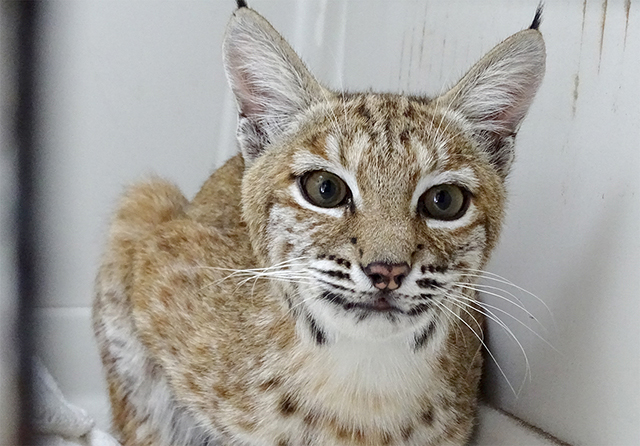 Thank you for gathering the little cat. Hope it finds a good home and is a happy cat...

Could this be a Savanah Cat?