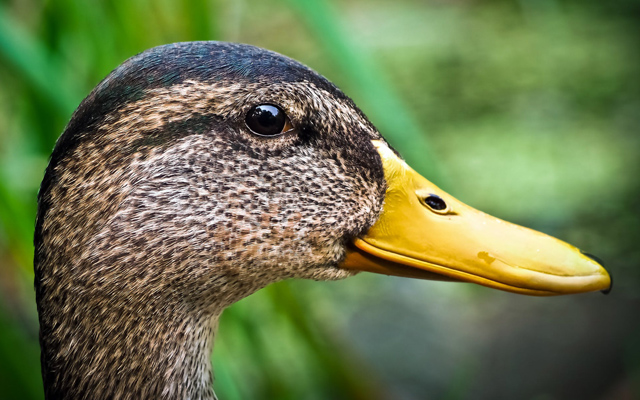 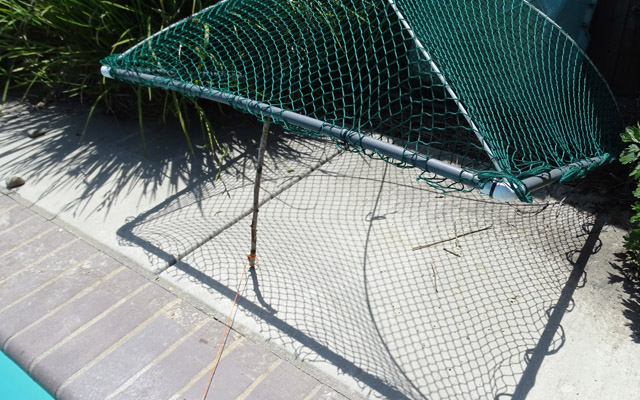 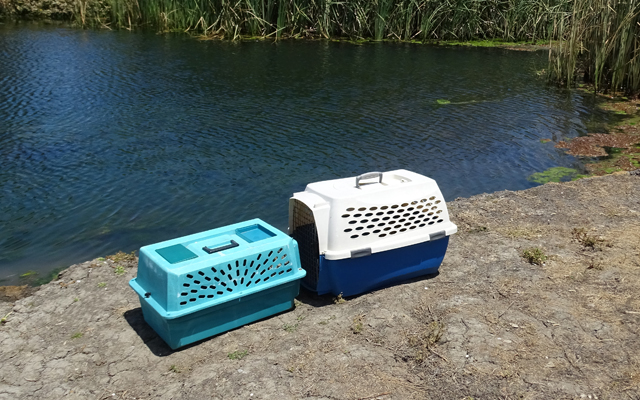 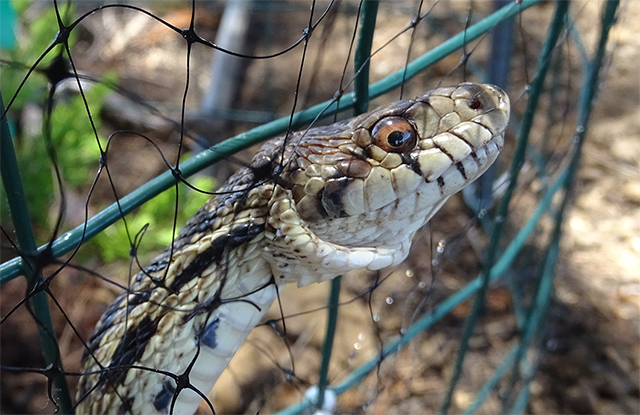 There are no warning labels. Nothing to prepare the consumer for what might happen if garden netting is used in a natural setting.

This is what can happen.

Today, WES responders received a call about 5 gopher snakes entangled in garden netting that was placed to protect the base of saplings.

Four of the snakes were rescued alive, the fifth was dead when we arrived.

Watch the video below. 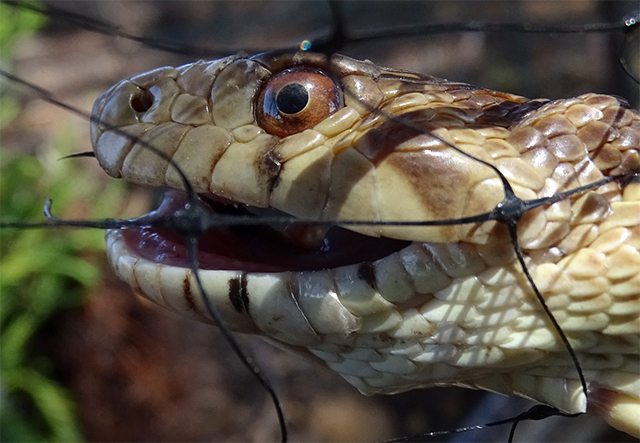 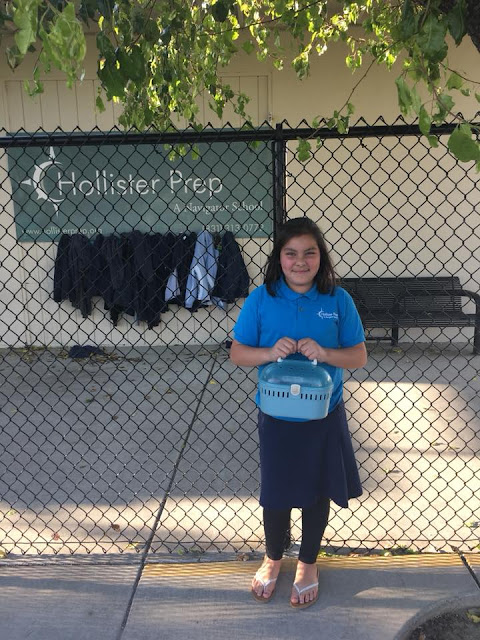 I had the pleasure of meeting this lovely young lady today because of her desire to help a baby bird.

After speaking with dad over the phone and determining that the bird was a healthy fledgling, we met on school campus so Alexa could show me exactly where she found it.

As we were walking towards the area, the parent Starlings flew from their nest in the corner of the roof.

I explained that the saying, “If you touch a baby bird the parents will abandon it,” is a myth. So she gently tucked it inside the bushes beneath the nest.

We also discussed that there would soon be more fledglings hopping around the playground and that it would be her job to educate her teachers and fellow students to leave them be.

I applaud her for her concern and willingness to help this little one today. For me, there is nothing more rewarding than seeing the next generation display compassion for all living things.