This afternoon, the newly-formed Mountain Lion Rehabilitation Committee had its first meeting to discuss plans for developing standards for the rehabilitation of injured and orphaned mountain lions in California.

The group was formed in the aftermath of an unfortunate incident last December, where wildlife officers shot and killed two mountain lion cubs in Half Moon Bay, California.


The White Oak Conservation Center in Florida operates an exemplary program, having returned 11 Florida panthers to the wild over the last 20 years.

Currently, the rehabilitation and release of mountain lions is prohibited in California, but Rebecca Dmytryk, who chairs the committee, believes the time is right to put the possibility on the table.


I think The People of California want a better outcome for orphaned and injured lions - an alternative to captivity or euthanasia. As the Department of Fish and Wildlife reviews its guidelines for mountain lion encounters, we want to give them another option to consider - rehabilitation.

The committee's initial task is to draft a set of minimum standards for the housing and care of mountain lions undergoing rehabilitation, which will include recommendations for safe methods of capture and confinement. Rehabilitation of a predator species comes with tremendous liability issues, therefore human safety will be a key in the development of safe practices.

Jay Holcomb has been rehabilitation wildlife for over 40 years. He has this to say about the project.


When I began rehabilitating wildlife, I was told that it was impossible to rehabilitate predatory mammals. Now, bears, bobcats, coyotes, eagles, and Florida panthers are being successfully rehabilitated. Mountain lions that meet the criteria for rehabilitation should be given the same opportunity as other species.

The second stage of the plan includes construction of large enclosures on isolated land, far from people. While the design and construction plans for the compound will be submitted to the Department of Fish and Wildlife for input, Dmytryk feels confident it will be built.

I believe, if we build it, they will come. If we have the standards, the trained personnel, and the facility in place, we will be in a better position to negotiate for rehabilitation.

Perhaps the enclosures will sit empty - ‘mothballed’ - waiting for a change in consciousness, or waiting for a suitable candidate for rehabilitation, but at least it will exist.

For more information about the Mountain Lion Rehabilitation Committee or plans for the California Cougar Compound, please contact Rebecca Dmytryk. 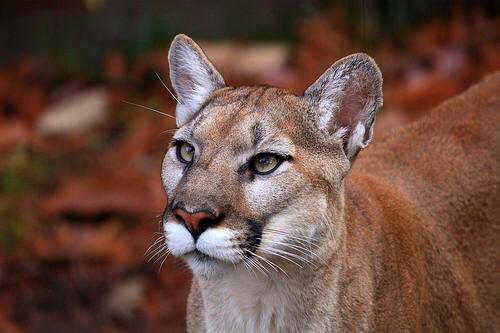