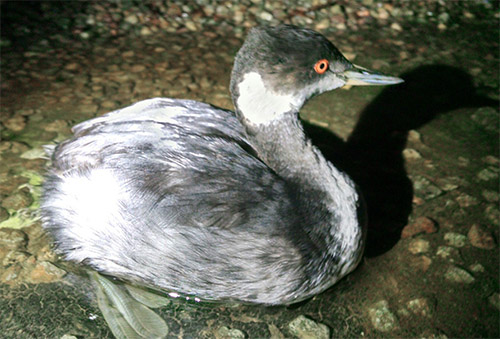 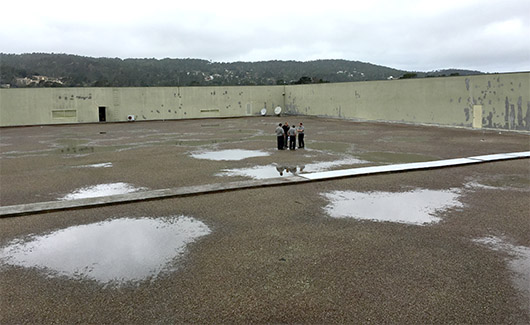 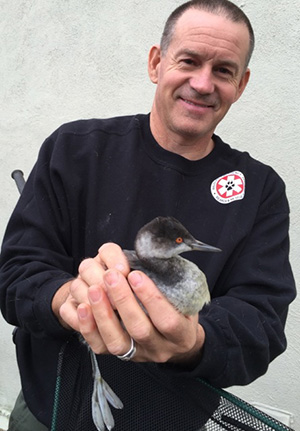 The opossum injured in the "humane" cage trap (story HERE) is doing quite well and is expected to make a full recovery, according to wildlife medical staff at the Wildlife Center for Silicon Valley.

Thanks to All who contributed towards its medical "bills". 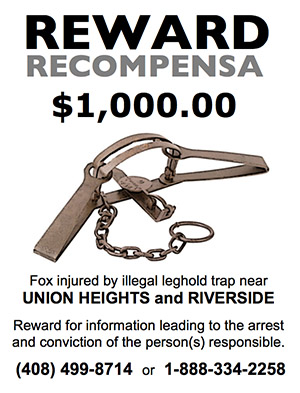 At dark on December 9th, Wildlife Emergency Services (WES) was called to rescue a fox in Hollister that was reportedly snared in a trap that it was dragging around by a front leg.

Rescuers caught a glimpse of the animal near the intersection of Union Heights and Riverside Road, but could not get close enough to capture it.

This morning, the animal was spotted again in the Union Heights neighborhood. 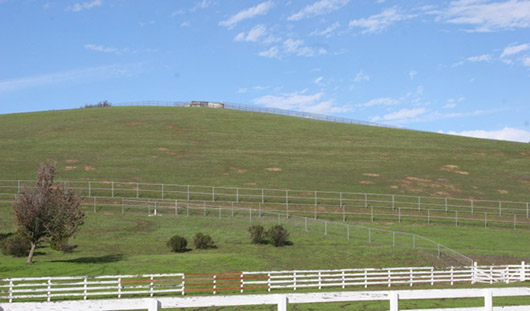 Deanna Barth, WES’ rescue team leader for Hollister, responded on scene, along with a warden with the California Department of Fish and Wildlife.

Though it had been 5 days since the initial report, the fox was still alert and wary and able to evade capture.

However, while tracking the fox, at one point, they noticed the trap was gone. 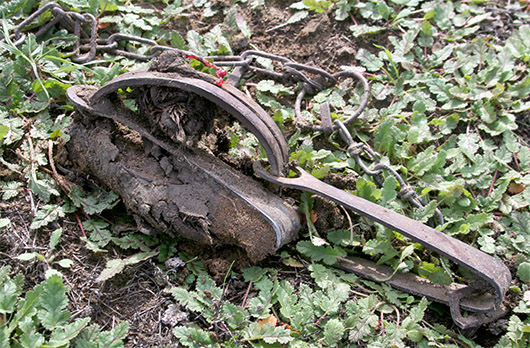 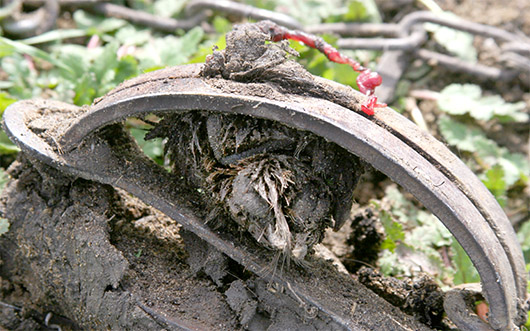 It had fallen off, along with the animal’s front paw. It is not uncommon for animals to gnaw their own limbs off to get free from traps.

The trap was found and is in the possession of the California Department of Fish and Wildlife law enforcement, which is conducting an investigation.

This type of trap, called a leghold, was banned in California in 1998.

WES is offering a $1,000.00 reward for information leading to the arrest and conviction of the person or persons responsible for this crime.

Anyone with information can call the California Department of Fish and Wildlife CalTip line at 1-888-334-2258 or 408-499-8714. To add to the reward amount, please email admin@wildlifeservices.org.

We believe this animal was trapped because it was perceived as a nuisance – perhaps someone was trying to protect crops or livestock. Not only are there strict regulations governing the use of traps, even cage traps, trapping or otherwise destroying wildlife is rarely a sound solution - when one animal is taken out, another one quickly takes its place. 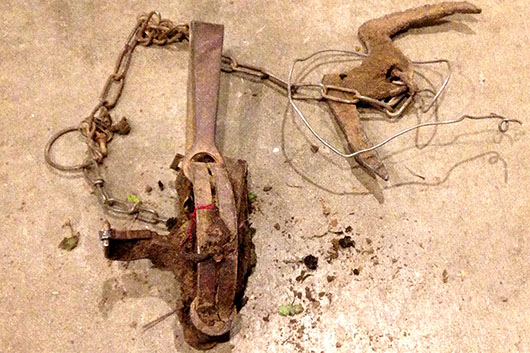 Wildlife Emergency Services will be forced to cut back field service if it cannot raise operating expenses.

Donate now to help them continue rescuing injured, ill and orphaned wildlife in 2015.

Give as little as $5.00 monthly to make a BIG difference: 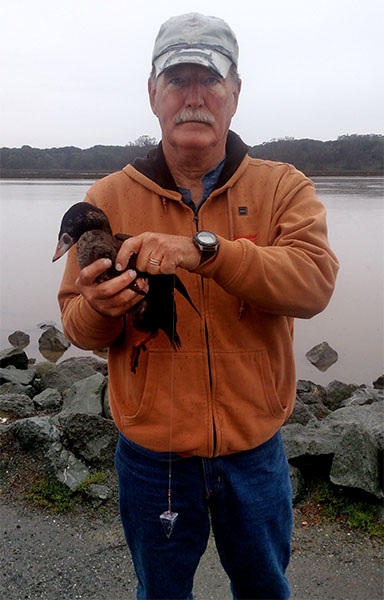 
If every Wild Byte subscriber would sign up to give $5.00 monthly, we could cover our 2015 operating expenses!

Just $5.00 a month could make a huge difference.

Safely and securely through PayPal and you don't even need an account.


Your monthly contribution will help fuel the rescue truck, purchase supplies and capture equipment, cover administrative costs, fundraising and educational programs, and the publication of our Sunday Wild Bytes.


Thank you for supporting WES!


Dear Fans and Supporters of Wildlife Emergency Services, as director of this program, I am coming to you for guidance.

As many of you know, we are a small nonprofit specializing in response to wild animals in distress, providing injured animals with immediate aid and transport to the nearest wildlife hospital.

We're also one of the very few organizations in the country that performs difficult, technical wildlife rescues.

To date, we have managed as an all-volunteer-run charity. No employees. No paid staff.

Over the last few years, however, we have experienced a decline in donations and a wane in volunteerism, reducing our capacity to respond to wildlife emergencies.

The time has come for us to have a paid Program Director to oversee day-to-day operations and lead wildlife rescues.

We've launched a crowdfunding campaign to raise operating expenses in 2015, which includes one paid position. See a breakdown of expenses HERE.

Without this financial support, we will be forced to reduce field services in 2015.

Please help us continue our valuable work by making a contribution today.


You can donate in these ways:


1. Through our Go Fund Me campaign, HERE.

3. Safely and securely through PayPal.


4. Send us a little something every month: