Today was an extra special New Year's Day for WES responders who returned an opossum back to the wild.

After two months of rehabilitative care at the Wildlife Center of Silicon Valley (WCSV), a female opossum was set free in a wooded area of west Santa Cruz, about a mile from where she was found injured. 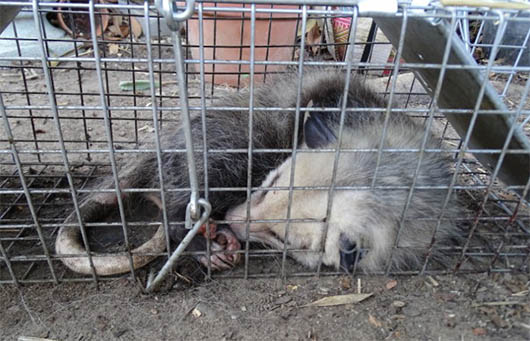 Back in October, rescuers responded to a call about an opossum with its lower jaw stuck in the wire mesh of a cage trap. On arrival, they found the opossum had gotten its mouth free from the wire, but had sustained a severe injury, down to the bone. Read the full story HERE.

Thanks to the expert care received through WCSV, this Virginia opossum has been given a second chance to live wild and free.

Check out the video of its twilight release:

We also want to thank our supporters for donating towards the medical care of this animal. Here is a Thank You letter from WCSV acknowledging your contributions (click to enlarge). 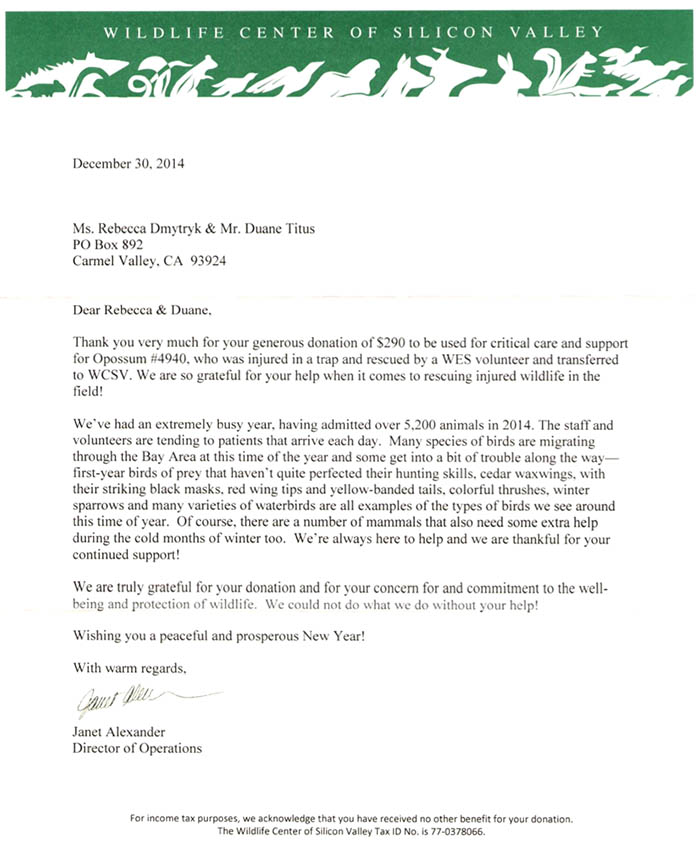 Thank you SO much for helping this poor opossum! What a heartwarming story with a happy ending.

So glad this opossum was able to recover and that you were able to help it. It's nice to be reminded that there are people out there who are kind and compassionate.