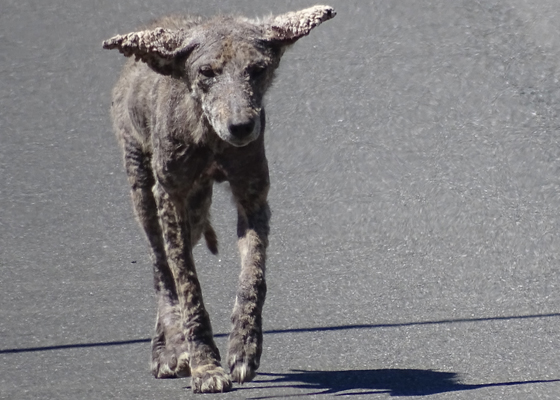 Yesterday, Duane and Rebecca spent another 12-hour day in pursuit of the coyote with mange, hoping for just the right opportunity to set up their capture equipment to rescue him.

Thanks to reports of sightings, they caught up with him in a neighborhood south of downtown, off Sycamore Canyon. The streets were fairly quiet, but, time and time again people disrupted capture plans. Drivers would slow to look at the wild dog, or they would stop to take pictures of him. A couple of cars began following him, reporting his whereabouts, oblivious of the rescue vehicle behind them with hazard lights flashing. 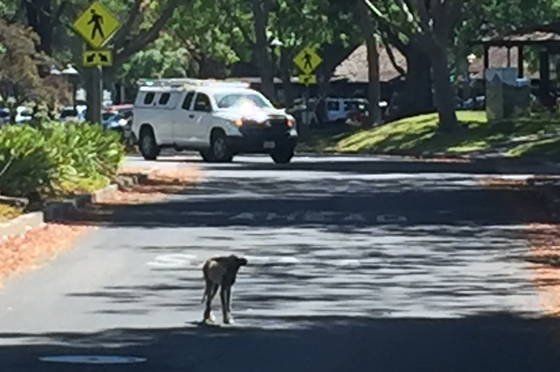 It almost seemed as though people were using reports of NextDoor to locate him, so, we requested direct emails of sightings rather than posts on any social media.

Finally, in the late afternoon, the coyote returned to a home where they'd staged capture equipment. Unfortunately, he didn't go far enough into the yard. He kept moving down the boulevard.

Later, he was headed back, but three boys on bicycles chased him into heavy traffic. Amazingly, he made it across El Cerro Blvd. without getting hit. By then, though, it was time for the team to make their near 2-hour commute back home.

We haven't given up. We'll keep trying.

Please do not feed the coyote. Do not try to capture him. Report sightings to rebecca@wildlifeservices.org.