Opossum survives dog attack and being tossed in the trash 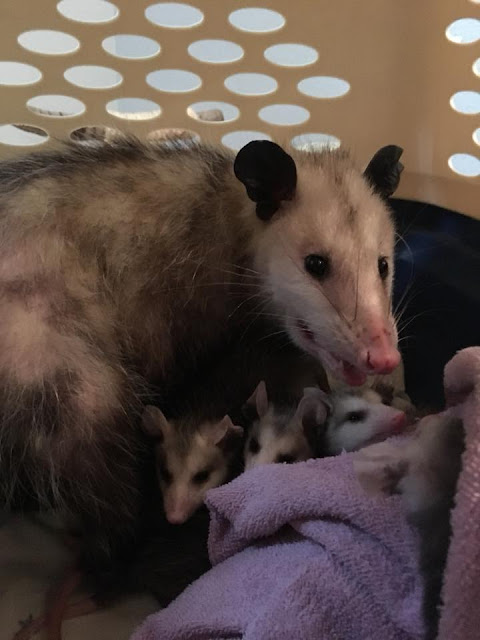 This female opossum found herself in the mouth of a large dog on March 16th. Presuming she was dead, the homeowner tossed her lifeless body in the garbage can.

Luckily the teenage daughter is a huge animal lover and when she went outside later to check on her, she not only found the opossum alive and well, but with several young in her pouch.

The teen had no idea who to call for help and spent the next two days taking dog food, fruit and water out to the frightened animal. She was given my information on the third day and contacted me.

Shortly after arriving I proceeded to empty the entire contents of the garbage can to be sure I had all the babies.

Sadly, two had become separated and died but the nine in her pouch were warm and in good shape. “Mamma” opossum had one large wound over her left hip but appeared healthy otherwise.

I transported her to the wildlife center where they have been receiving excellent care for nearly a month while her wound healed.

Thanks to this teen’s compassion early on, I was able to return this family back to the same location tonight. 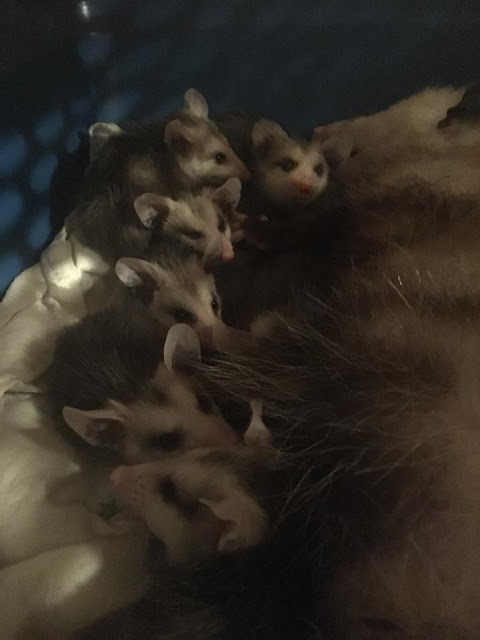