Tragic loss of a bobcat 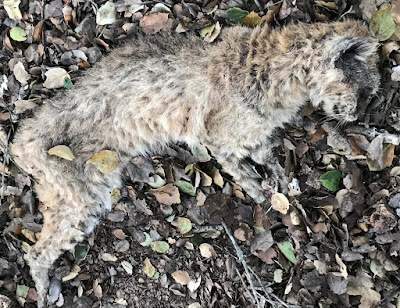 I see a lot of injury and suffering and death in this line of work. Over the many years I've become "professionally numb"  - careful not to get too caught up in emotion - get the job done - get the animal help.

This one animal's story, though, is so tragic.In September 2016, we rescued a female bobcat from the Elkhorn Slough area. She was suffering from mange and blood test revealed she'd been exposed to an anticoagulant -likely a rodenticide. More on her rescue, HERE.

Thanks to the great work by Wildlife Center of Silicon Valley, she was successfully rehabilitated, and released right back in her home territory, just yards from where I'd trapped her. More on her release, HERE.

During her rehabilitation, physical exams suggested she might have been pregnant, but this was never confirmed.

Throughout 2017, we received reports of mangey bobcats in the same area from time to time. We know of at least one that died and its body was buried before it could be tested. I'd wondered if this was "our" bobcat.

Second generation anticoagulant rodenticides (SGARs) are so dangerous because the chemicals stay in the body - in the liver - for a long time - over a year, I've heard. So, I wondered, could we have cured the bobcat of mange and reversed hemorrhaging but set her free with the poisons still inside her?

On October 29th WES responded a report of two sick bobcats at the slough - a mother and kitten. Both were suffering from mange. 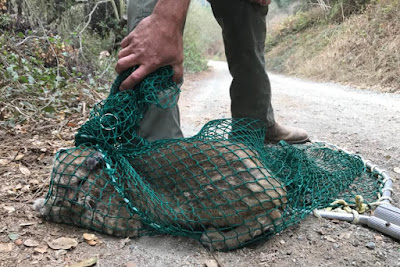 Blood tests revealed the kitten had been exposed to an anticoagulant.

The good news - the kitten is still alive and in care at a local wildlife hospital and expected to be released back into the wild.

Since then, we have been trying to find and capture the mother. Could she be the cat we rescued and released last year? 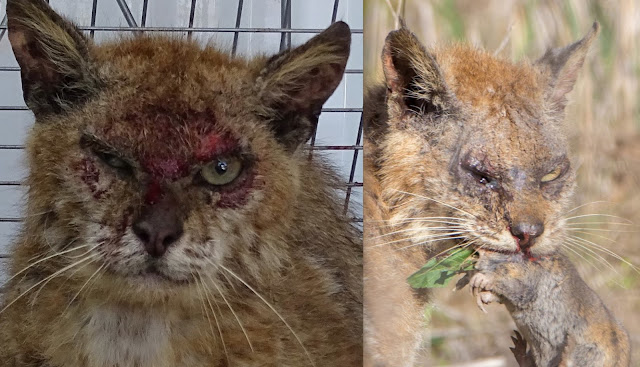 We would get reports of a sickly bobcat in the same area, but our attempts to trap the animal failed. Very elusive. Was she trap wise?

Today we received word that a bobcat had been found, dead. We went to investigate. 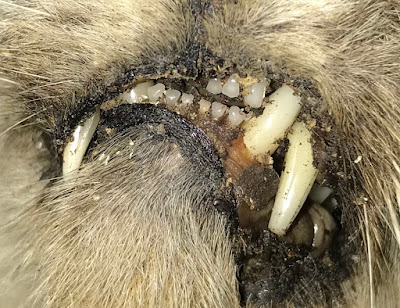 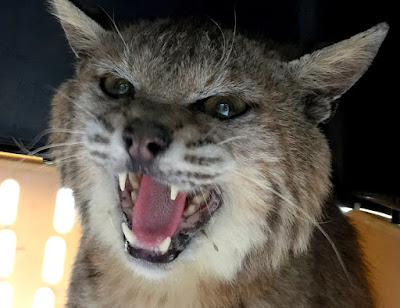 It was our female bobcat. A lucky photo of her teeth from when she was released in 2016 confirmed her identity. She died next to a guzzler - a small trough of water. Animals poisoned by anticoagulants start to bleed internally and become very thirsty. Everything points to poison as the cause of death.

Tragic... on so many levels.

A huge thank you to Elkhorn Slough Reserve for allowing us to send the liver for testing to confirm exposure to anticoagulants and determine which anticoagulants she was exposed to. Perhaps this will lead us to the local source. Perhaps there is a way to do a DNA test to confirm she's the mother of the kitten that's still in care.

I have seen too many bobcats die from poison over the years. Anticoagulant poisons must be banned. Now! This is urgent! We must take action, now! Are you in?

Join us in banning anticoagulants in California. Can you make signs, go to rallies, attend a parade or two, make phone calls, sit with us in government offices, speak at meetings? If you can't participate in an activist's role, send money. We'll need it for travel to Sacramento and throughout CA to meet with decision-makers. 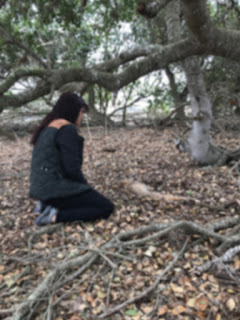