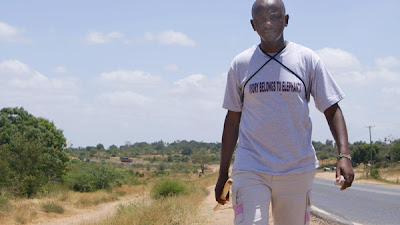 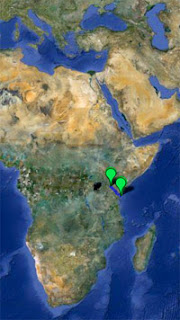 On February 9th, a group of Kenyans set out on a walk from Nakumatt Likoni, Mombasa to the UNEP Headquarters in Nairobi to raise awareness about the brutal and ongoing slaughter of African elephants for their tusks.

The walk was organized by conservationist Jim Nyamu, co-founder of Elephant Neighbors Center. He's due to complete his 321 mile journey today, February 23.

ENC's Ivory Belongs To Elephants campaign is a precursor to the Convention on International Trade in Endangered Species (CITES) meeting to be held in Thailand March 3-14, where the fate of the African elephant will be at stake.

There is worldwide concern that if CITES does not use its authority and take action now to sanction countries that do little or nothing to crack down on their illegal ivory trade, elephant and rhino populations will continue to plummet.

WWF estimates up to 30,000 African elephants are killed each year by poachers.


The current rate of elephant poaching is so scary. If nothing happens in the next 25 years, we will have no elephants in Kenya! - Jim Nyamu

Don't miss National Geographic's Battle for the ELephants, premiering February 27 on PBS. Click the image below for your local listings.

For some, this walk to save the elephants evokes memories of another Kenyan, the late Michael Mayeku Werikhe, who, in 1982, embarked on his first walk to bring awareness about the endangered black rhino. He wasn't a biologist or researcher - he was an ordinary citizen, working at an automobile factory at the time, who knew he had to do something - anything, so he started walking. In his life he would walk thousands of miles across four continenents for his cause. Watch a short but very moving documentary about Michael, HERE.

We hope you're inspired by these brave and bold citizens, enough to find a wildlife cause of your own, and take action. Let us know, HERE, we'd love to feature your efforts on our blog.


Remember the power of one.