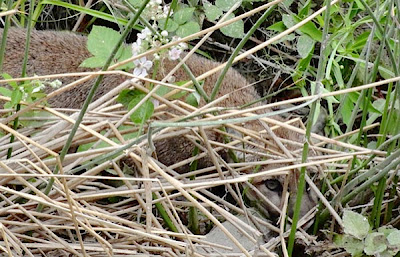 There has to be a way to protect wild animals from traffic hazards. This is a issue that has broken my heart several times most recently when I monitored a badger den for several weeks when finally found a female had joined the male during last spring at Los Vaqueros watershed in Alameda County. Two weeks later the female was killed on Vasco Rd. In many areas concrete K rails are placed in the road center to deter head on crashes. This makes crossing even tougher for large mammals.
Nice work on the article, a real issue to be sure.
Dave Harper