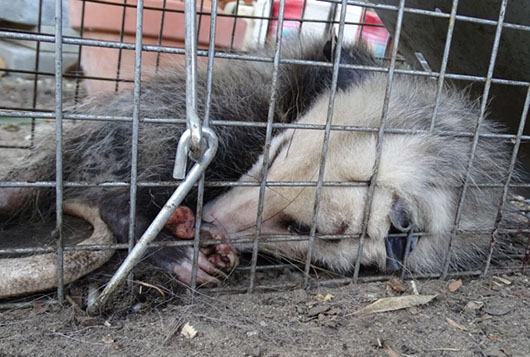 This morning, I responded to a call about an injured opossum. The reporting party said the animal was captured in a "humane" cage trap but that its teeth were somehow caught on the wire mesh.

When I arrived, I found a very sad and very damaged opossum in a wire cage trap. From the feces build up, it appeared as though the animal had been in the trap for some time - possibly more than 24 hours... maybe even longer.

Opossums are generally quiet, but this animal was very slow to respond. If I may anthropomorphize... as if it had given up.

The opossum's teeth were no longer stuck on the wire as the RP had mentioned, however, the opossum had sustained a severe mouth injury - it had a gaping wound on the right side of its mouth, exposing its lower jawbone. Horrible.

The cage was stained with blood. How long this animal struggled - how long it was in this wire cage trap, exposed to the elements, we don't know. 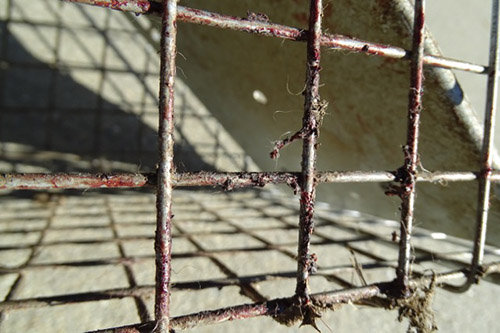 The owner of the property said her son in law had set the trap to catch skunks that had been getting into the garage... entering the garage at the base where there is about an 8" gap...

I explained the California trapping regulations and warned her that this was not a legal "take" - that in order for her son-in-law to trap wildlife, he would have to contact the Department of Fish and Wildlife to get a number assigned to the trap and, in addition, he would have to get written consent of neighboring homeowners... and the animals would have to be killed or set free on site... blah, blah, blah... 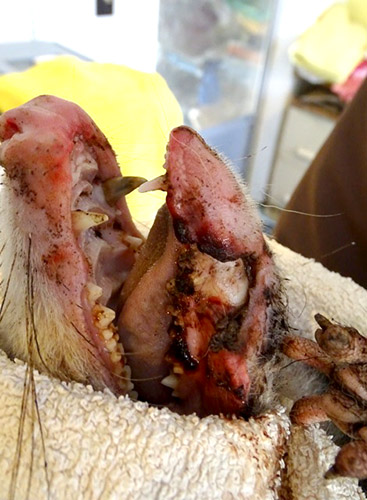 
Unfortunately, there are very few veterinarians in Santa Cruz who are willing to treat wildlife and none was available today. The animal needed immediate medical attention.


I contacted Wildlife Center of Silicon Valley in San Jose, and they agreed to evaluate the opossum's injuries and provide medical treatment.


This afternoon, one of our first responders, Andrew Bear, volunteered to transport the animal from NAR to WCSV.


The opossum underwent surgery at WCSV and is in stable condition. There's hope for it to make a full recovery.

Thankyou goodness there are some vets who are not just doing it for the money as well.!!!

Donated. I hate what people let wildlife endure. Thank you so much for saving this opossum. If you were closer, I would let you release it in our yard as we take rehabbed opossums and squirrels. One more thing. To the Comment as: drop down box. Please add Facebook as I don't have any of the other accounts.