The busy season is here!


The busy season is officially here! Here's a sampling of the calls we're receiving for help with wild animals in distress.

On Monday afternoon, WES was forwarded a call about a hummingbird that was stuck in an art gallery in Carmel-by-the-Sea. Duane and Rebecca responded immediately, knowing the bird wouldn't survive long. Duane used a ladder and long-handled net to get the little bird down from the skylights. They offered it a bit of sugar-water before setting it free. 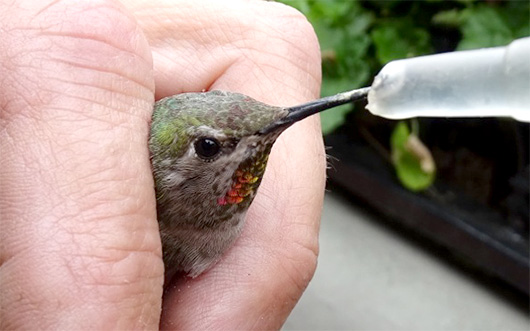 Late in the afternoon, one of WES' responders in Los Angeles, Grove, called in about a goose in the L. A.with plastic around its leg. He took this video to show its response to approach.

In planning a capture, we usually want to first test the reaction of an animal to approach and check to see if we can lure it towards us. This video shows the goose can be baited close enough to attempt a capture.

It was late in the day and the team didn't have all the equipment they needed, plus, the facility where the goose would go for treatment was closed. The rescue was postponed until the next morning.

Later, at about 8:30 PM, Duane and Rebecca responded to a reportedly ill skunk. It was walking in circles. They were able to contain the skunk fairly easily without it spraying.


The next morning, the skunk's condition had worsened.

After consulting with local skunk expert, Monique, the decision was made to have it euthanized. The animal shelter in Santa Cruz provided a humane death. Its body was sent to the State Wildlife Investigations Lab for testing.

On Tuesday, WES received word of an Egyptian goose in Anaheim, with an arrow through its head. Karen, the RP, sent us this video (below). It was clear, from the bird's reaction, it was going to be very difficult to get close to.

On Wednesday, as Rebecca was headed to Santa Rosa to speak at a California Fish and Game Commission meeting, she received a call from Mountain View about a crow stuck in a glass enclosed stairwell of a building still under construction.

The caller, Brittany, was part of the construction team and just found out about the crow, which had apparently been trapped for at least two days.

With no other entity to respond, Rebecca took a slight detour to save the bird. Check out the video.

Also, on Wednesday, WES received a call from Napa County Wildlife Rescue, asking for assistance with a Canada goose with a fractured wing that was staying offshore. Another call for help came from San Francisco Animal Care and Control, looking for advice on how to capture a gull entangled in fishing line and trailing a bobber. We sent them one of our training videos showing a technique that might work.

On Thursday, an acorn woodpecker was rescued after it collided with a car. 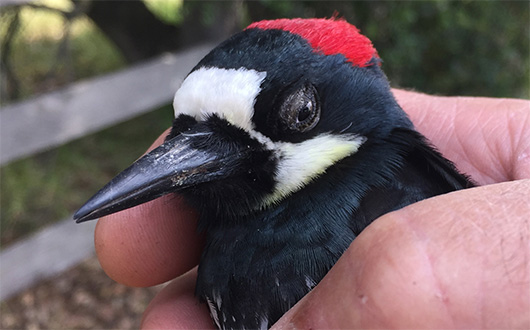 Later that afternoon we received a call from a woman in Oxnard, looking for help in getting a hummingbird out of their home. The home had vaulted ceilings and the hummingbird was flying well out of reach.

It worked! Within about an hour Carol called to let us know the hummingbird had made it outside.

These were just a few of the calls for rescues we received. You can help us respond by signing up to volunteer, HERE, or by making a contribution, HERE, to help cover gas and supplies. Consider monthly giving for as little at $5.00 a month.