A sampling from our day...

The morning started out with a call from a woman in Salinas, she was really upset - her voice was shaky and I could tell she'd been crying.

She said she saw a snake in her bedroom...

She and the children were out of the room. I instructed her to jam a bath towel under the door so the snake would not be able to get out.

Duane went to check it out. When he arrived, the entire family was outside, waiting. He was escorted to the room.

Duane scooped it into a bucket and released it nearby. 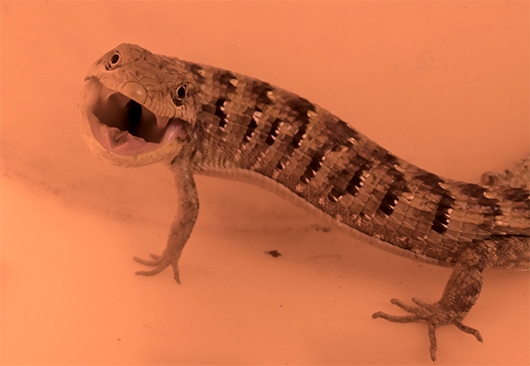 During the lizard rescue, we were referred a call from the Santa Cruz County Animal Shelter about a bird that had just walked into a medical clinic on Main Street in Watsonville - downtown Watsonville! 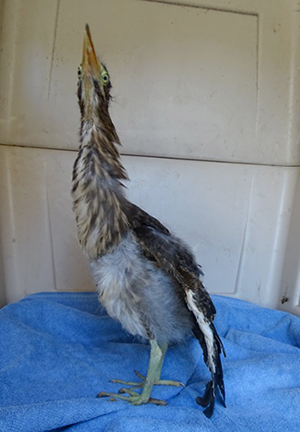 We rushed over to find a green heron brancher hiding in a filing closet.

The bird appeared uninjured but its wings were a bit droopy. Not too unusual.

A brancher is the stage of development where it's normal for a chick to be exploring the branches of its treetop world. Even on the ground, branchers often do fine, hiding under bushes,... but not on the ground in downtown Watsonville.

We made the decision to transfer the baby to Wildlife Center of Silicon Valley where it will then go to International Bird Rescue in Cordelia until it's ready for release back in the slough.

Meanwhile, we dispatched WES' First Responder Ron Eby to take a look for a common murre, reportedly beached at the end of Jetty Road in Moss Landing.

Just a short time later, we were given a call from the Hollister Animal Control. A baby bird had fallen from its nest at the entrance of the Police Station. First Responder, Deanna Barth, took the call. By the time she arrived, the nestling house sparrow had perished - likely injured from the fall. THANK YOU DEANNA!!!

By then we'd heard back from Ron Eby. The murre was no where to be found. THANK YOU RON!!!

As Duane and I were headed up to San Jose to deliver the heron, we received a call from someone in Palos Verdes who wanted to know what she could feed her neighborhood squirrels because she just read on the Internet that peanuts were bad.

I did all I could to kindly explain that feeding the squirrels was the wrong thing to do. She might love squirrels but neighboring homes probably don't share the sentiment, so, really, encouraging the animals isn't a good idea. If you love the animals, I said, don't feed them.

She then wanted to know how they would survive - what they would find to eat on their own. Then she went on, wanting to know where on Earth do squirrels find sanctuary. In retrospect, I suppose I could have ended the call a little better...

Not long after that, the Santa Cruz Animal Shelter called on us again, asking if we'd take a call about a rattlesnake in someone's backyard.

I called the RP and had her text me a photograph. She sent a video and picture of a gorgeous gopher snake. She was worried because the snake vibrated its tail. I assured her - that's what gopher snakes do. 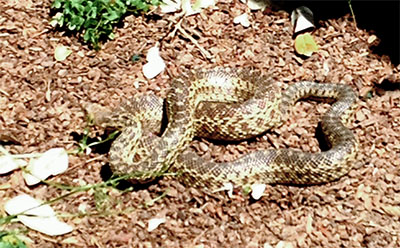 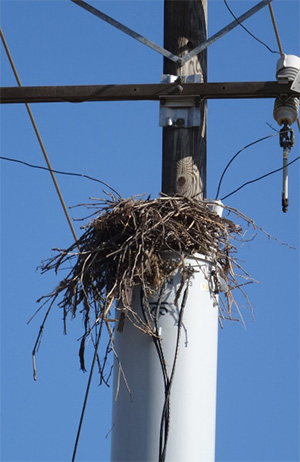 Next, we received a call from a farmer in Madera. A red-tailed hawk built a nest on a power pole. The fuses on the transformer have blown twice now, shutting off power to a pump that waters his vineyard. PG&E won't switch the power back on until the nest is removed.

We asked for photos and more details. I am sure we can find a way to give the hawks a better spot to raise their chicks and save the vineyard!

Next, we received a call from a person concerned for the welfare of a flock of Canada geese at Pasadena High School, and another from someone who had just helped a family of geese cross a busy intersection in Concord. 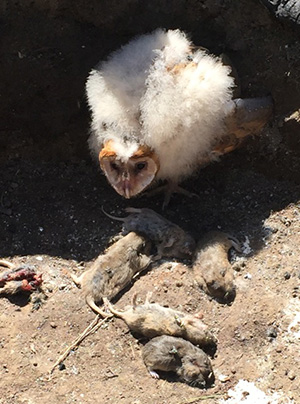 Later, a resident of Pasatiempo, in Santa Cruz, called, worried for a large gopher snake that had gotten wedged between her barbecue and fence. By the time we returned her call it had wriggled free and was fine.

The last call of the day was to check up on a barn owl chick that fell from its palm tree nest over 2 weeks ago.

Under our direction, the homeowner has been looking out for the owlet as the parents come down to the ground to make food-drops of gopher and vole and rat.


This was just a sampling of the calls we received today. It's a very busy time of year and you keep us going - paying for gas and supplies and equipment with every donation.

If you haven't signed up for monthly giving, it's a great way to give a little bit at a time and make a big difference!