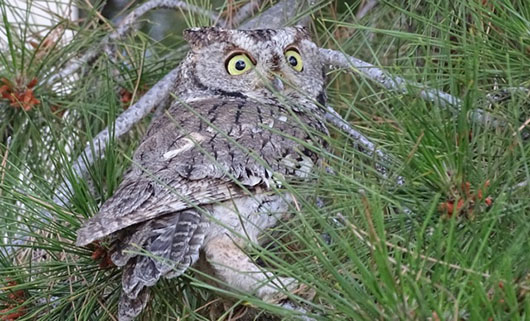 Thank you WES for saving this little owl and getting it back home. Rebecca and Duane, you were amazing and the love you have for what you do emits volumes in your work. Cheers, G.

Will miss the little guy