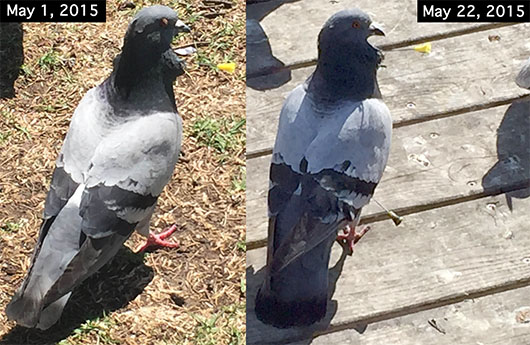 Skunk caught in a Gophinator 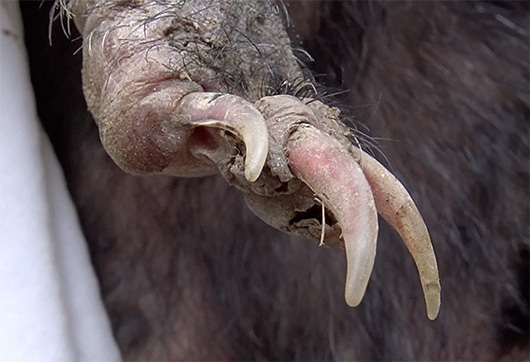 At the end of a long dirt road near Laguna Creek, in the hills above the redwoods, at the start of a closed-cone forest - in the middle of nowhere - a skunk was trapped in a Gophinator - a trap used to kill gophers and moles.

This particular trap was set inside a gopher tunnel, but the entry was not blocked well. A curious or hungry female skunk was able to access the trap and set it off. Her hand was crushed.


Duane and Rebecca released the skunk from the trap and transported her to Native Animal Rescue's skunk specialist, Monique, for evaluation and treatment.

Sadly, we heard from Monique that the skunk was a lactating mother - she had kits left behind.

We called the landowner and asked if they would keep an eye out for little ones, but, so far, none has been seen.

The mother skunk continues to improve thanks to the expert care she is receiving.

Want to support our rescue program? Small monthly donations go a long way.
Remember to tick the box that says Make This Recurring. 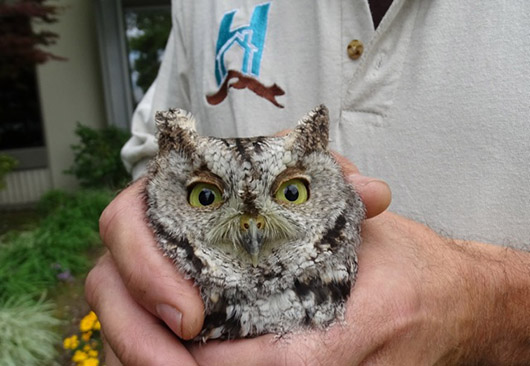 A couple of weeks ago WES was called to rescue an entrapped screech owl from a professional building in Santa Clara (original post HERE). Today, another owl was found inside the building - possibly the same one!

Responding as Humane Wildlife Control, Duane and Rebecca removed the little owl then took a look around the property to try and find how the owl entered the building. They found a possible spot which the company's maintenance crew will investigate further, being careful to look for a nest as Western screech owls are cavity nesters. 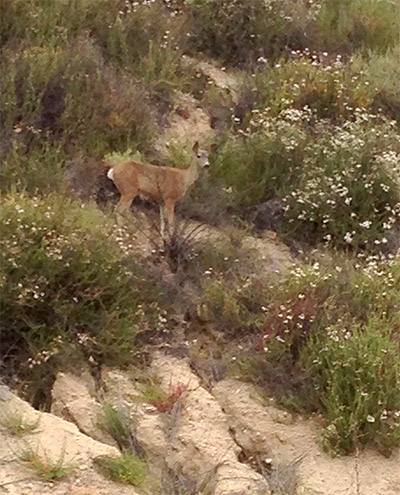 Last week, Los Angeles County Weed Abatement Inspector Ellen Walton was checking out a parcel in Glendale when she noticed a doe and her fawn on a hillside, standing near a couple of erosion gullies.

The doe was behaving oddly - not leaving when Ellen appeared. Instead, it kept its attention on one of the deep cuts in the slope. 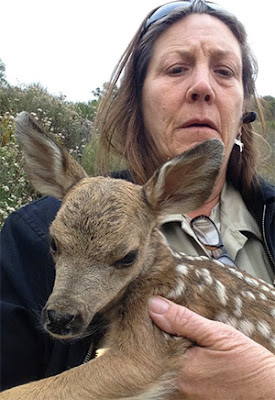 Ellen climbed up the slope to investigate.

There, in the gully was a second fawn! It had fallen in and couldn't get out.

Ellen quietly made her way down the hillside, sliding much of the way. The ravine was deep. She had to lay flat to reach the baby deer and lift it to safety.

Once she had the fawn on solid ground, Ellen aimed it toward its mother and let nature take its course. She watched as it went strait to its mom! 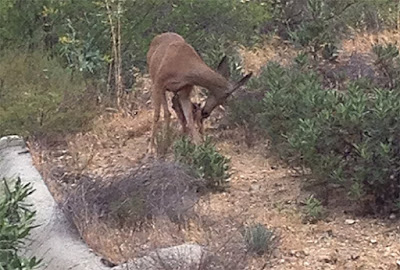 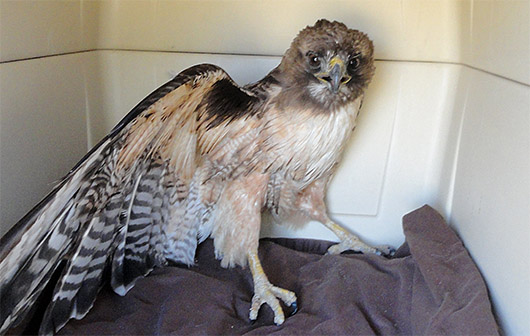 This evening, I received a call from Hollister Animal Control about an injured hawk. The address was just down the road from my home, so I was there in minutes.

The property was vast, with pastures and rolling hills.

The reporting party had been working in his yard when he heard a commotion high above him. He looked up to see what appeared to be two hawks fighting in mid air. Suddenly, one of them spun out of control and plummeted to the ground.

He quickly crossed the field and found the hawk lying on its back with both wings extended. After sheltering the terrified bird with a tarp, he called the non-emergency police line for help.

Having the bird somewhat contained under the tarp made my job a little easier.

I lifted a corner and peeked underneath to see what position the hawk was in. Once I knew where the talons were, I moved to that side.

With one hand resting across the bird to prevent it from moving, I used my other gloved hand to gain control of the legs, then lifted the tarp. 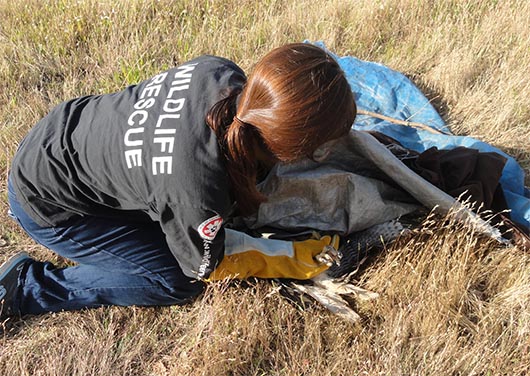 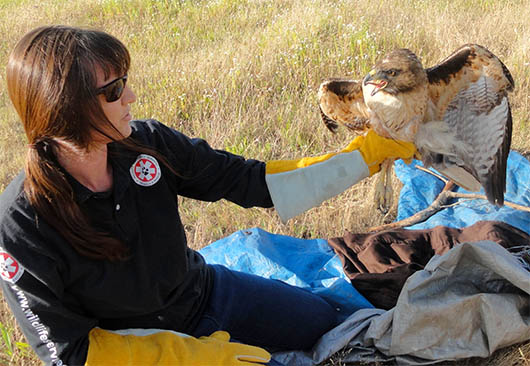 The red-tailed hawk was bright and alert and on cursory exam there was no obvious sign of injury. It was transported to the SPCA for Monterey Wildlife Center for further evaluation and care.

The hawk suffered an injury to hallux, or hind toe. The bird, a female, was also slightly underweight. She will be held for about a week to get her weight up and to see if she can successfully catch prey, before returning her home. 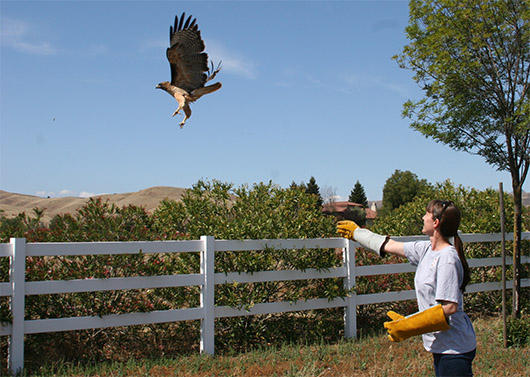 After about a week of rehabilitative care the red-tailed hawk was ready for release. Deanna returned it to Stony Brook Drive in Hollister and set her free.

"There is nothing more rewarding then to release a once injured animal, now healthy, right back to where it came from."

A huge THANK YOU to everyone who participating in this birds rescue and recovery! 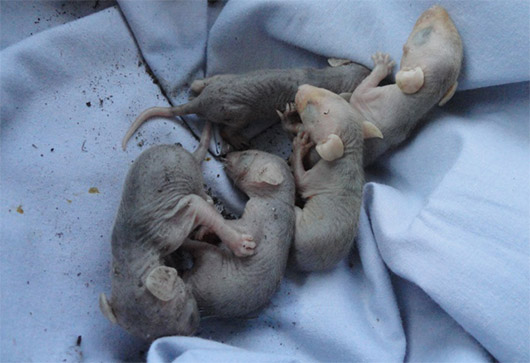 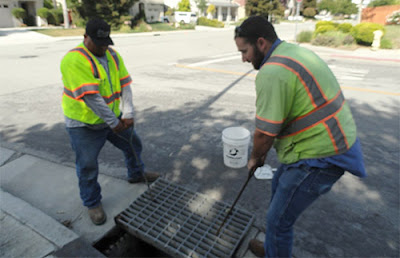 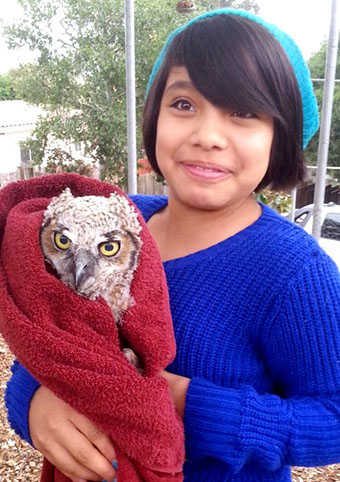 We just want to say a very special thank you to Jasmine (10) for helping a young great horned owl brancher get back into a tree where its parents could find and feed it. 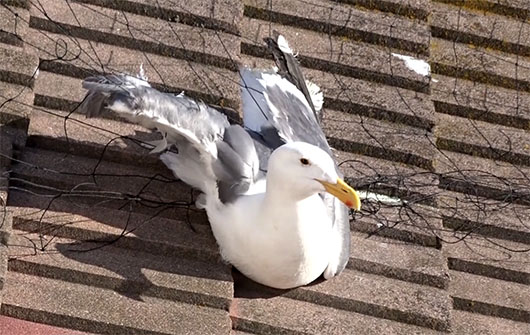 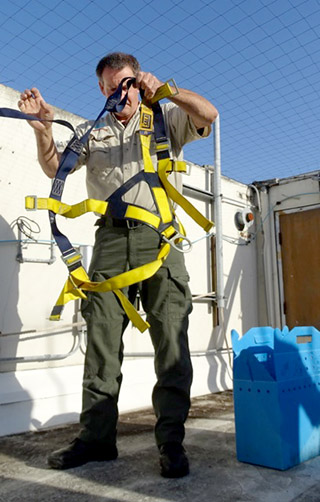 At about 4 PM, we were transferred a call from the SPCA for Monterey County. A gull was stuck in commercial bird netting on the roof of the Portola Hotel & Spa in Monterey. The cleaning staff had noticed it earlier in the day.

The netting had tears and openings here and there, large enough for gulls to get through. This one became entangled when it tried to escape.

The gull appeared to be in fairly good shape. It was transported to the SPCA for Monterey County for evaluation and treatment.

Hotel management agreed to contact the company that installed the bird netting to get them to make the necessary repairs so this does not happen again.

THANK YOU TO THE STAFF OF THE PORTOLA HOTEL
FOR SEEKING IMMEDIATE HELP FOR THIS POOR BIRD! 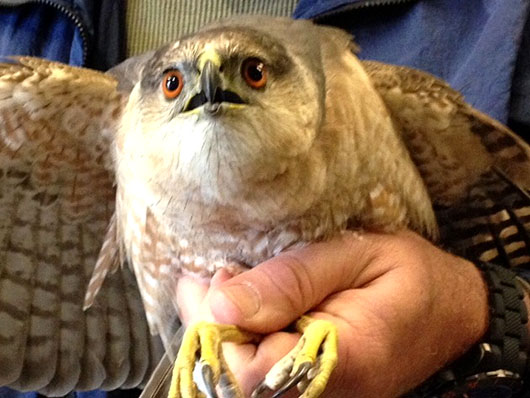 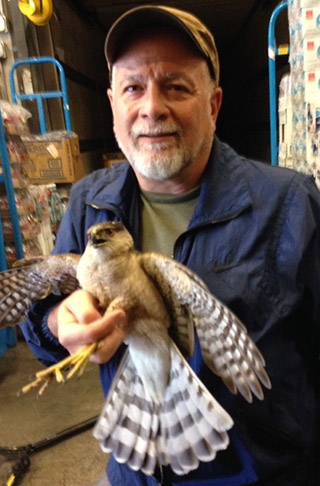